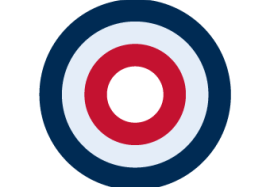 August proved to be another successful month for the lettings market as demand from students and young professionals continued to fuel the sector. Rents were up by 2% overall, although some regions fared better than others.

As always, get in touch with us if you have any questions about these changes - or anything else.

Our rental market performance over the past month

The biggest news this month is the extension of the eviction ban until 20 September 2020 and the introduction of six-month notice periods. The extended notice period will apply until at least 31 March 2021. There are exceptions for cases that involve serious issues such as anti-social behaviour or domestic abuse. The extension to the ban on evictions and prioritisation of the most serious case applies to courts in England and Wales, but the intention to extend notice periods to six-month applies to England only.

When possession proceedings resume in September, the courts will "carefully prioritise the most egregious cases, ensuring landlords are able to progress the most serious cases, such as those involving anti-social behaviour and other crimes, as well as where landlords have not received rent for over a year and would otherwise face unmanageable debts". Previously announced changes to the pre-action protocol still apply.

How to prepare your home for marketing

TOP TIPS FOR RENTING OUT YOUR HOME